UK artist Rachael Nee has been working with international teachers on the CERN High School Teacher programme to develop the Potato Powered Cosmos, an art-meets-science installation that demonstrates how CERN works, but not as you might expect.

“This is CERN,” says Rachael pointing to 25kg of parboiled potatoes, sliced and sandwiched between thin sheets of zinc and copper held together by elastic bands, wired in series to make an energy source, and connected to a theremin and loud speaker. There’s a camera suspended above the speaker, connected to a screen.

“It represents CERN as an interrelated system of experiment, machine, energy and people,” she explains.

Essentially, the voltage created by the potatoes is connected to the speaker which converts the electrical energy into kinetic energy through the vibrations. By covering the speaker with a sheet of latex and some water, you can see the vibrations as movement on the surface of the water. As the voltage changes, the interference pattern on the water changes.

And that’s where the theremin comes in.  By moving your hand around the wand of the theremin, you can change the voltage, simultaneously creating a change in the frequency of the sound from the instrument and the interference pattern on the water. The camera records the changes and the screen enables you to view the pattern.

Rachael and her teacher colleagues have set the experiment up in one of CERN’s main thoroughfares. Throughout the day it attracts a steady stream of curious passers-by.

“Nothing happens unless someone interacts with the theremin,” explains Rachael.  “It’s that same at CERN; nothing would happen without the people.”

Rachael and her teacher colleagues have prepared a comprehensive guide for other art and science teachers to set up the installation in their own schools.  It’s intended to be an interdisciplinary spark for curious minds.

Of course, there’s some serious science underpinning the artistic concept, but it’s also great fun; who knew that watching a group of physicists attempting to play Twinkle, Twinkle, Little Star on a theremin could be so entertaining?

The project is part of the Art@CMS programme. 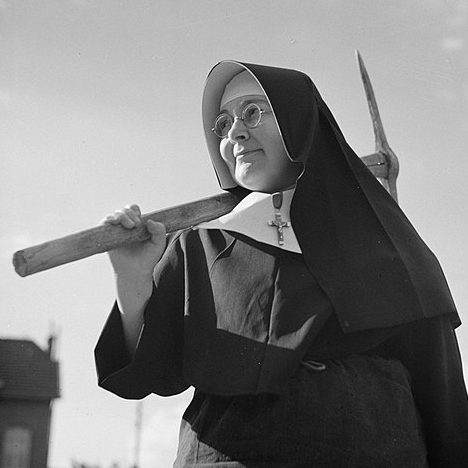 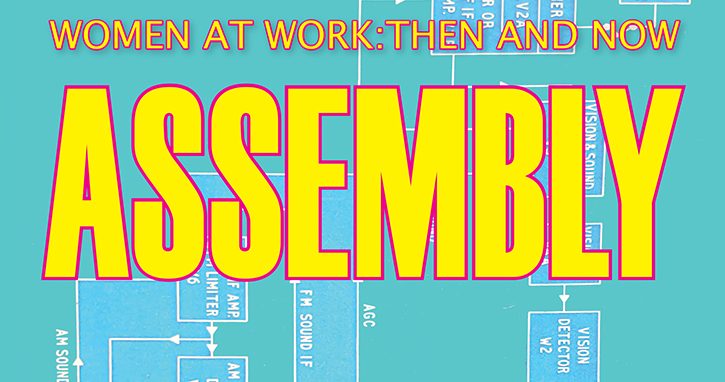 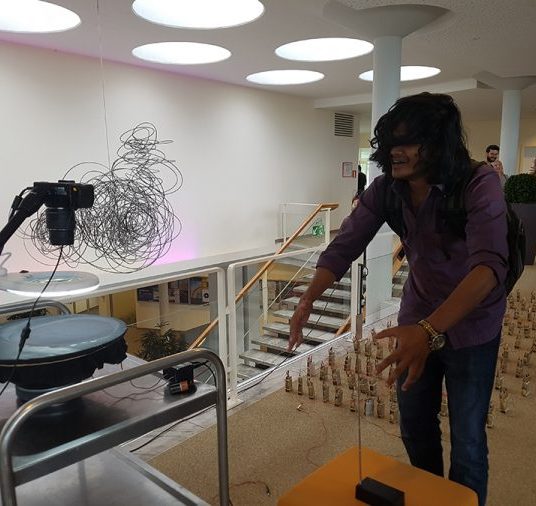